BOARD OF SUPERVISORS’ MEETING

The September 21, 2004 Board of Supervisors’ Meeting was called to order by Chairman Mark Anderson at 7:45PM at the Crane Lake Chapel Fellowship Hall with the Pledge of Allegiance recited by those in attendance including:  Supervisors Mark Anderson, Jerry Pohlman and Jim Janssen, Clerk Jo Ann Pohlman, Treasurer Jacque Eggen, reporters from the Voyageur Sentinel and Timberjay, and 15 members of the community.

Additions to the Agenda:  None

Minutes – A motion was made by Jim, supported by Jerry, to approve the minutes of the 8/10/2004 Board of Supervisors’ Meeting.  Motion carried.

Re-Zoning of Town Properties: Butch Eggen reported that the committee has been unable to set up a meeting with the St. Louis County Planning and Zoning, but will continue with their efforts.  Darrell Scott has stepped down as a committee member for conflict of interest reasons.  Rob Scott has agreed to serve on the committee.

International Rainy Lake Board of Control Joint Annual Public Meeting Report – Rob Scott:  Rob Scott was unable to attend the meeting, but sent a Trip Report that was read by Clerk Jo Ann.  Rob reported that the water levels at Crane Lake are being tracked by the IRLBC to see if there is sufficient data to adjust the Namakan rule curve to compensate for the potential differences at Crane Lake.  It appears there will not be any significant changes in the near term, but Rob will continue to monitor this. The new local area voice on the board, Mr. Lee Grim from International Falls discussed the possibility of developing a forum to discuss concerns and issues involving the Rainy Lake and Namakan basin with Rob; Rob feels a forum would give a better means to have our voice heard at the IJC level.  Rob requested that the Board of Supervisors support his involvement with the IRLBC.  A motion was made by Jim, supported by Jerry, to draft a letter to the IRLBC supporting Rob Scott’s involvement.  Motion carried.

Election Judges:  Clerk Jo Ann presented her recommendation for election judge appointments to the Board.    A motion was made by Jerry, supported by Jim, to appoint Shirley Sanborn, Jim Phelps, Gini Marshall, Joan Olson, and Charlotte Bystrom (alternate) as election judges with Shirley Sanborn serving as head election judge for the November 2, 2004 General Elections.  Motion carried.

Ruth L. Carlson asked that the names of the election judges be read.  Chairman Mark presented the list.

There being no further business, the meeting was adjourned at 8:00PM. 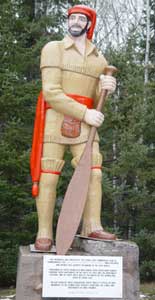